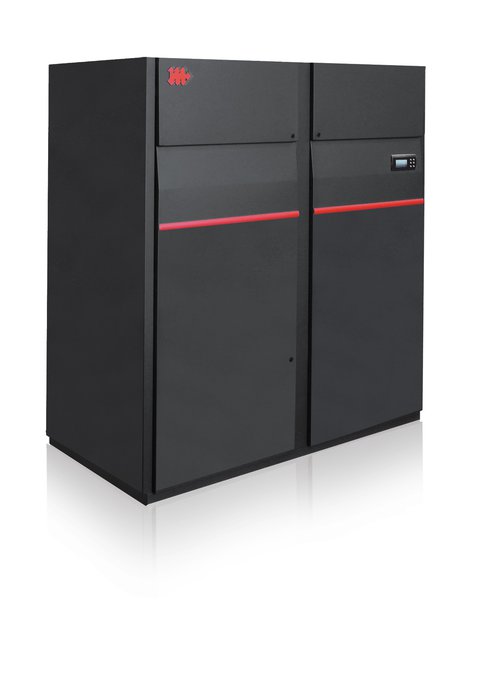 Unit with direct expansion and water-condensing.
The air in the room is handled in the evaporator coil where the coolant flows; the condensation heat is disposed of in an internal plate exchanger, in turn connected to a water circuit: well, local water line or closed circuits such as cooling towers and/or Dry-Coolers.
The HOP range is equipped with EC Inverter Plug-Fans; High Head fans are available as accessories.
The EC Inverter Plug-Fans allow fuel consumption at partial loads to be reduced by up to 61% compared to radial fans, modulating the power consumption according to the required thermal load.
The HOP range is available in two air discharge versions: HOPT with top air discharge and HOPB with bottom air discharge.
Unit supervision is developed by means of Modbus RTU protocol over RS485
serial interface as standard configuration. Other communication protocols and
interfaces are available as option.